The Fort Smith Animal Society is a group of volunteers dedicated to caring for lost, stray, surrendered and abandoned animals in Fort Smith, Northwest Territories, Canada. The FSAS is under the administration of the Town of Fort Smith, avid we are grateful for their continuing support. 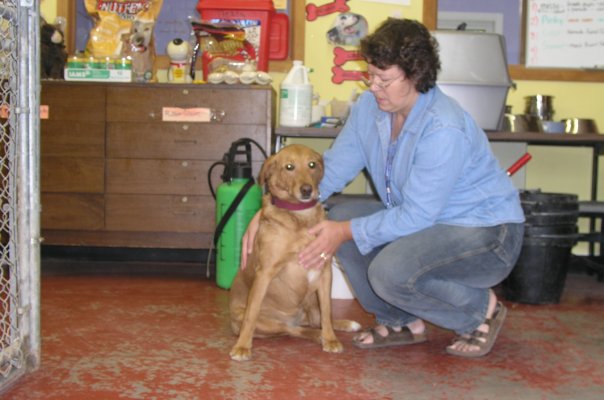 The Fort Smith Animal Society is a volunteer not-for-profit organization that exists to provide food, shelter, and care to stray or lost animals, to provide adoption services, assist with spaying and neutering, and provide euthanasia services when needed.

A Brief History of the Fort Smith Animal Society

The Fort Smith Animal Shelter was started by Lillian Kristensen and became a registered not-for-profit society in the 1980s. She was honoured in 2004 when she was recognized for her efforts as Fort Smith’s Outstanding Elder. Lillian described some of her journey to start the animal shelter in the Slave River Journal:

“It kind of started out slowly in 1980,” she says, explaining that she used to assist the Yellowknife veterinarian when he visited Fort Smith periodically. “We fixed up a room in the basement of the shop (then North of 60 Books), and that is where the clinic was.” The shop is now known as Rusty Raven, and is still standing on Portage Avenue.

Shortly after she began assisting the Yellowknife veterinarian, another vet moved to Fort Smith, and Kristensen assisted him for a few years, too. Her duties included delivering vaccinations and removing stitches after operations.

“Then one time, in those first years when we were just sponsoring the clinic, there was one evening at 11 o’clock, a big old tom cat was outside the shop meowing,” she says. “He was skinny, dirty, matted, and he had a loud meow. It was a cold winter night and he insisted on getting in.” So Kristensen let the cat in and cleaned him up, feeding him and shaving off all his hair. “After two weeks, I put him out and he stayed in a box. outside our door the first night. After that, I never saw him again.”

After that experience, Kristensen built a dog pen in her backyard, which in those days was right behind the old book store, “and that’s where the first animals started being taken care of, and that was when I knew for sure that I wanted to call it the Fort Smith Animal Shelter.” That was in1985. Dogs were kept in the backyard of the house, and cats were kept in the basement of the shop. It was the first Animal Shelter in the NWT.

By the late 1990s, the shelter had moved to the town’s public works yard on King Street. There it stayed until it was moved in 2001 to its present location at the corner of Raven Street and Highway 5. “Everything I had ever dreamt about the animal shelter for the future is there now,” Kristensen says about the shelter’s current location. “And we have the best shelter in the Northwest Territories, thanks to the town being so generous.”

Lillian left us on 16 October 2005, but her legacy lives on in the actions of everyone who supports the Fort Smith Animal Society, from those who donate, to those who volunteer, to those who foster and adopt the animals we care for. Lillian would be proud of all of us as we are of her, for getting the whole thing rolling.

Please note that we are a volunteer-run shelter and do not have regular hours or full-time staff. When you call, please leave a message and a volunteer will return your call.